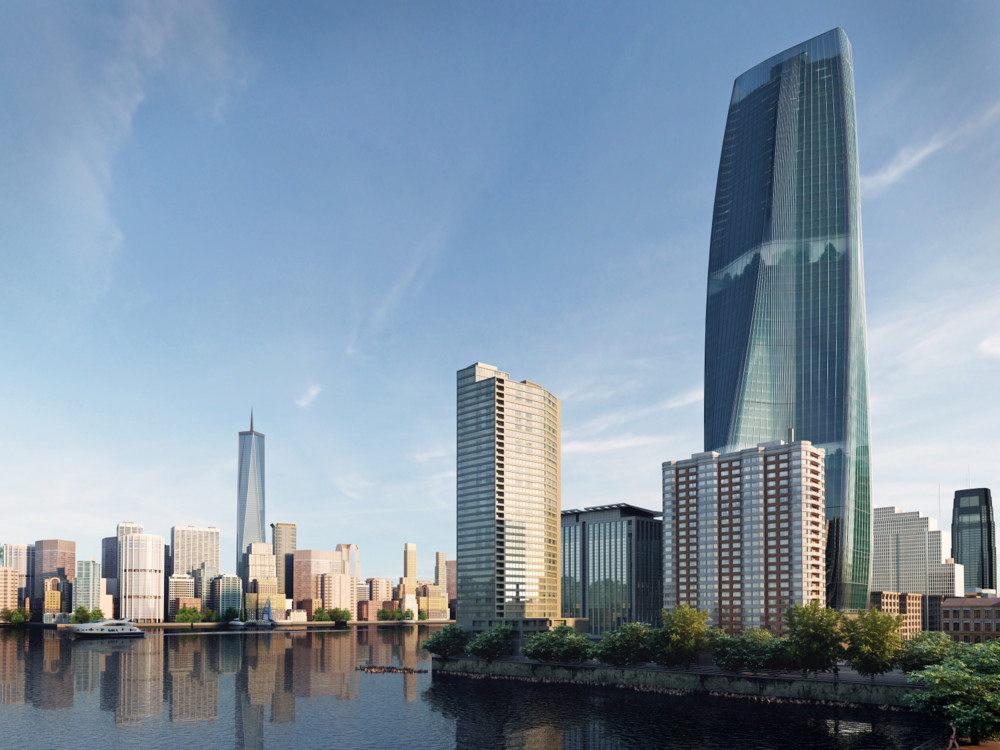 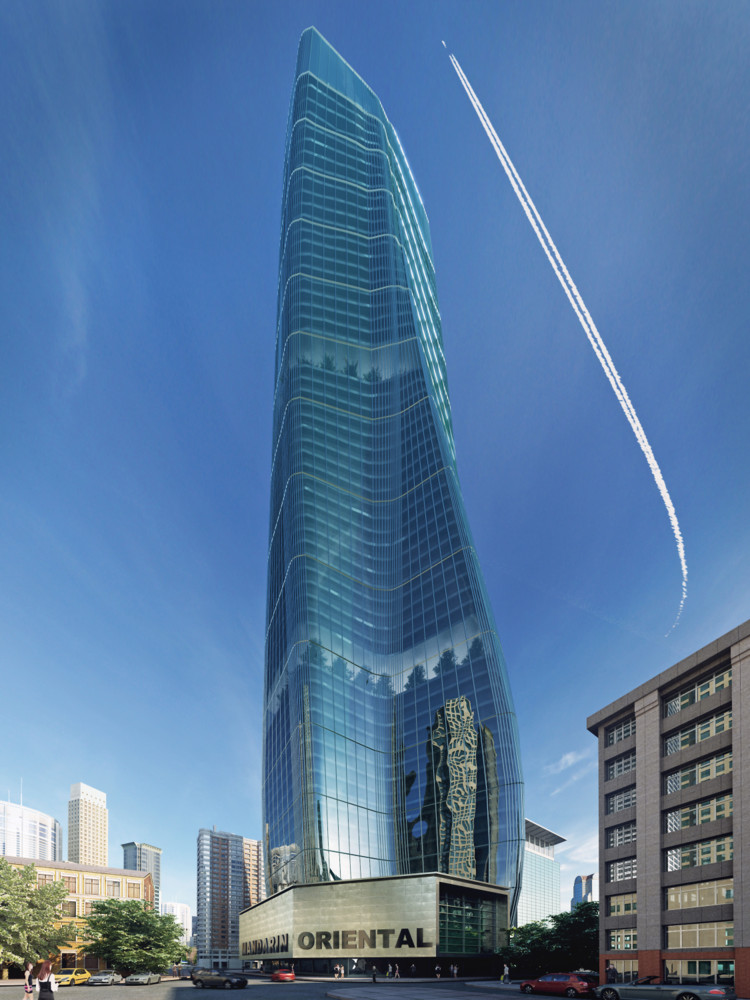 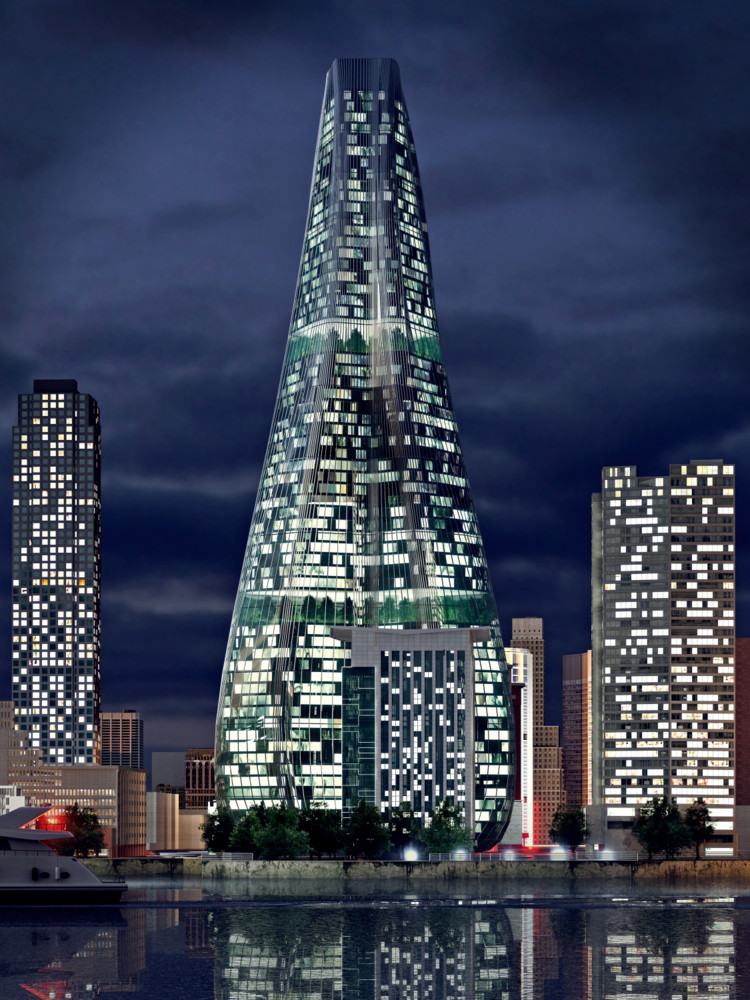 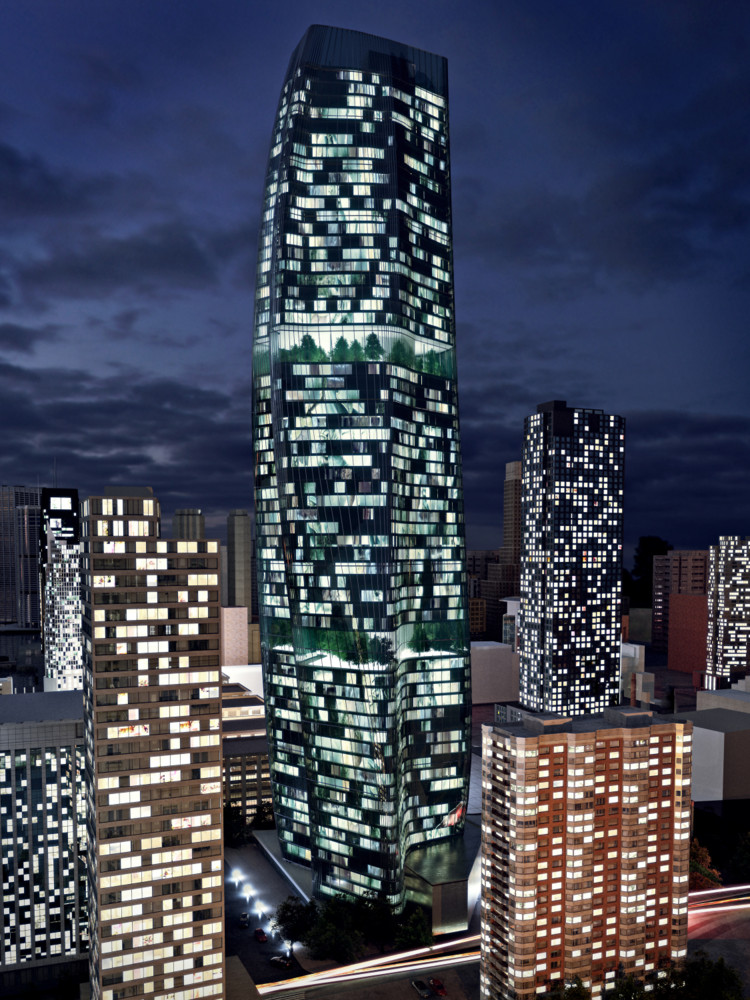 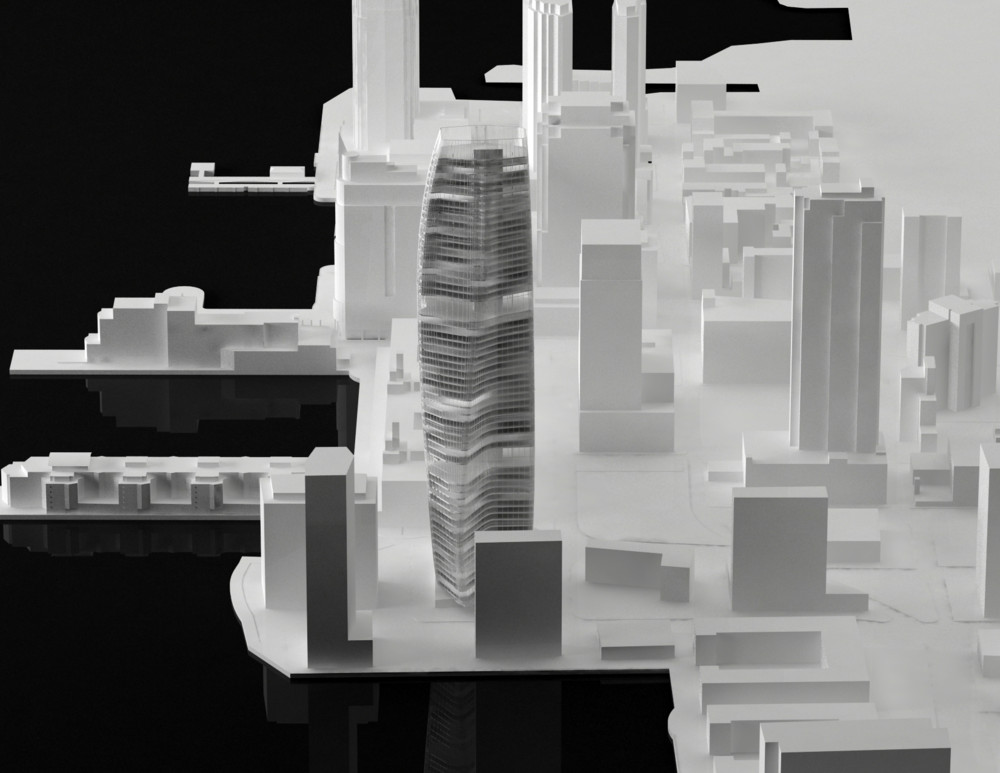 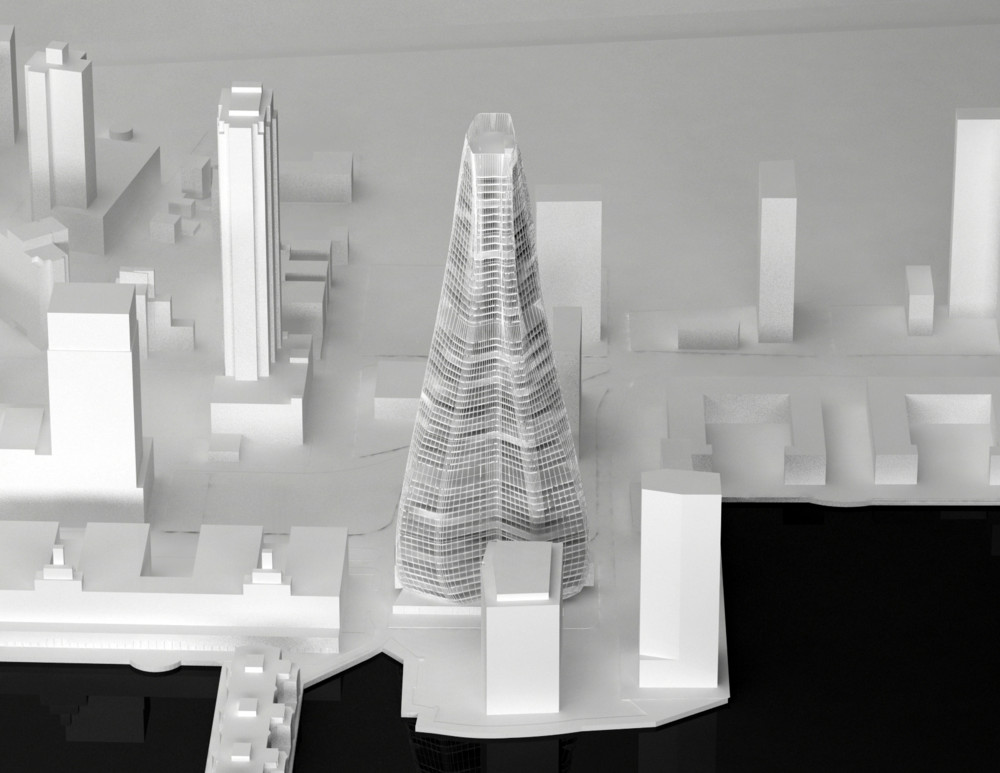 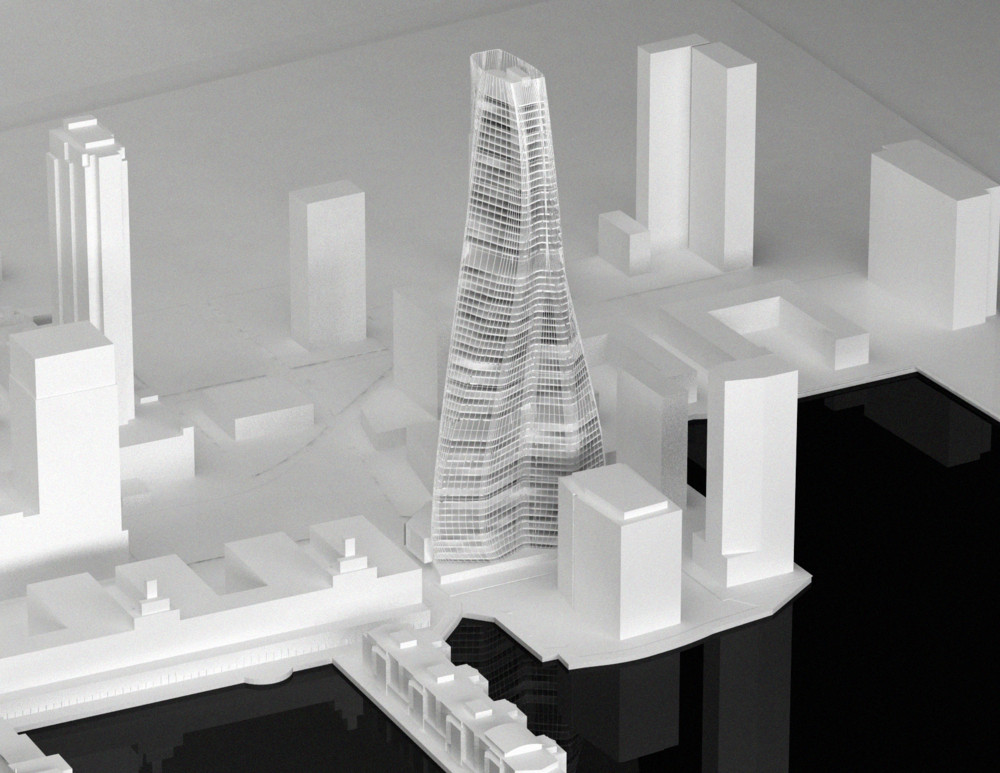 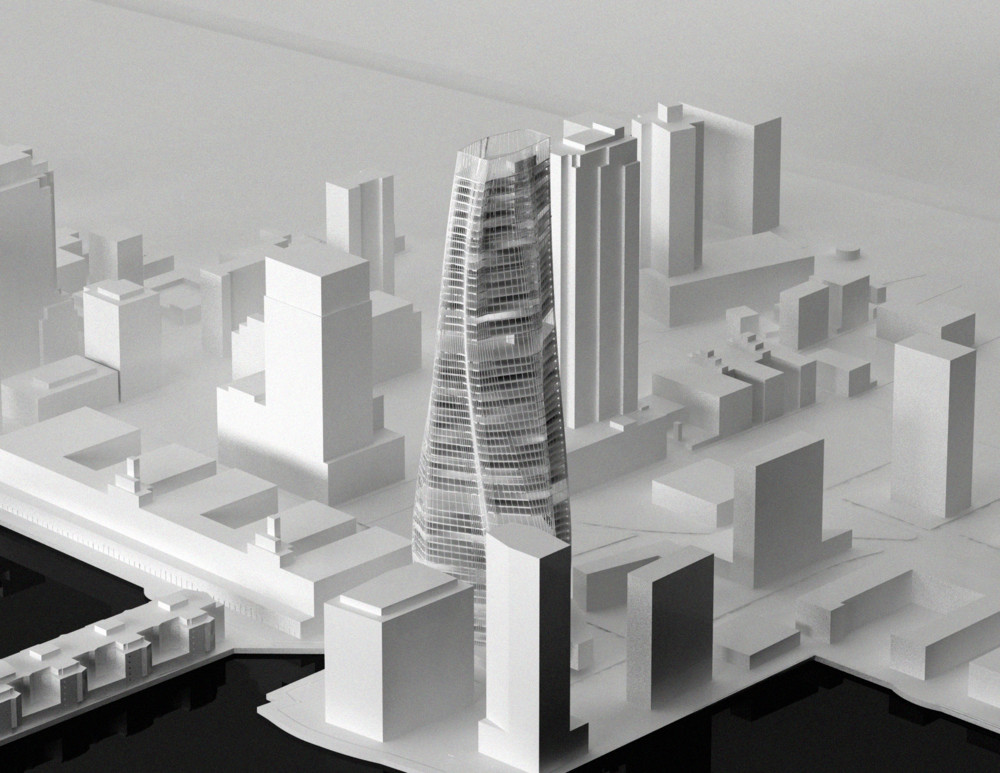 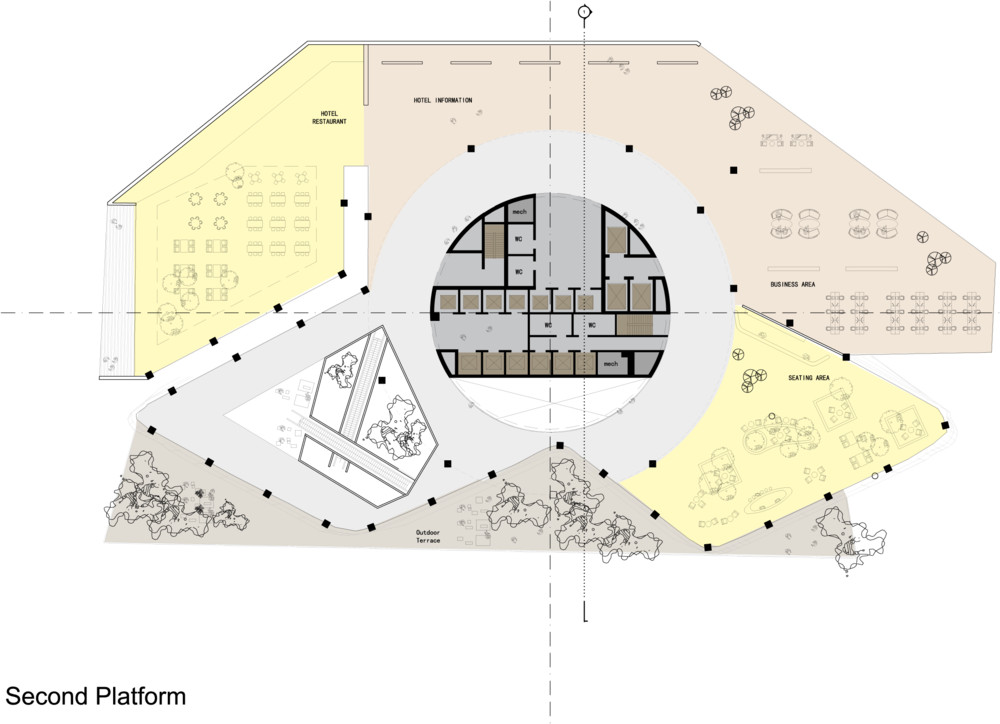 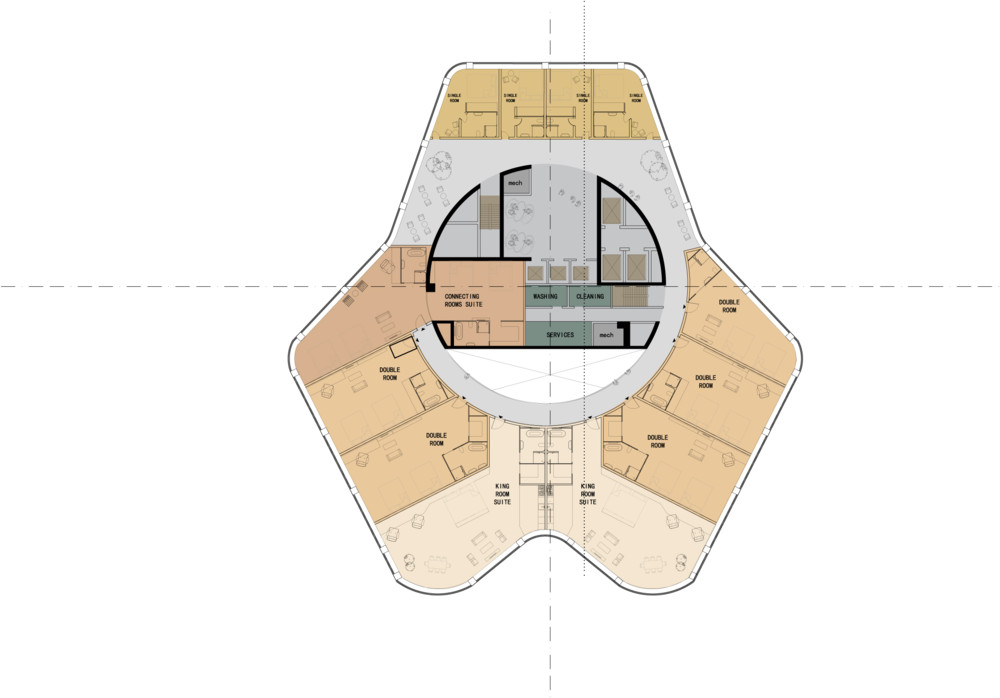 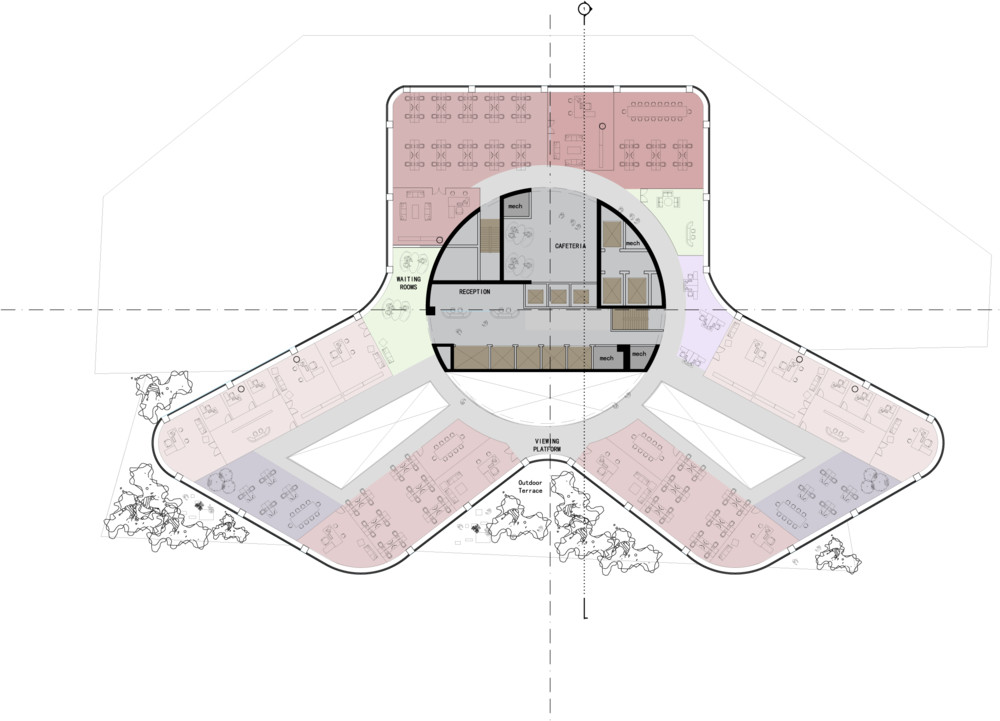 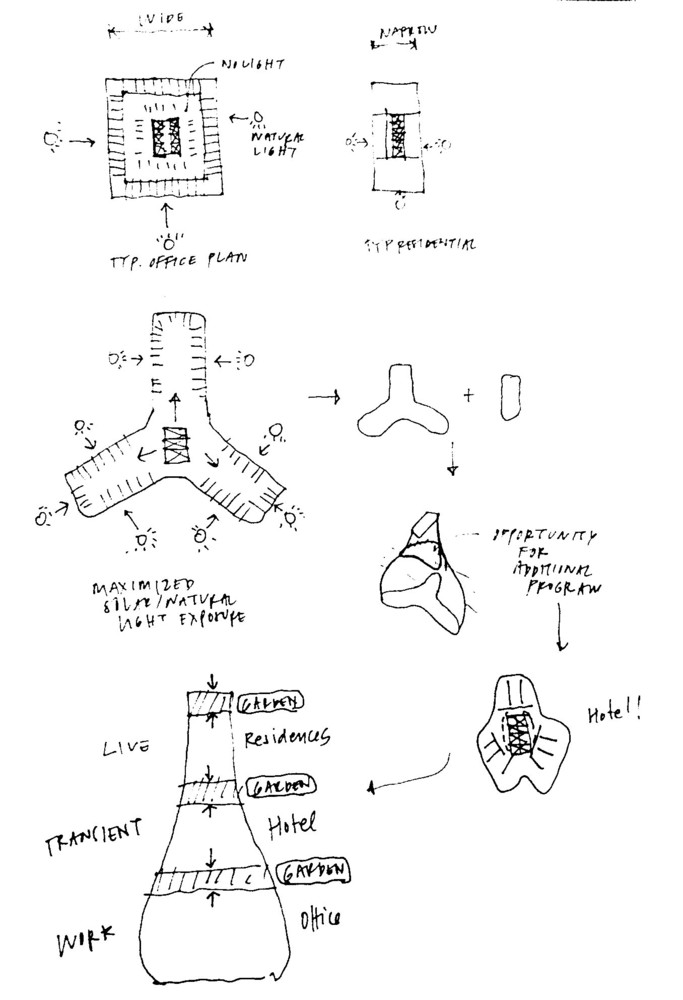 The architectural vision for the mandarin oriental high rise explores the idea of a complete merging of architecture, city, the river and the urban landscape. The essential spatial concept of a morphing floor plan allows the building structure to reveal a “dancing” form extending from the ground to the sky. Reminiscent of a traditional Asian vase, the building form transforms as it rises vertically, appearing as a constantly morphing shape according to the angle of view. While accommodating for the variety of programmatic needs the floor plates change at all levels making for a unique and distinguished environment for each occupant. As if open to the elements and the outside air, the experience of each inhabitant is that of “living in the sky”. From a distance, the building skin changes according to seasonal and weather conditions, exposing or concealing its inner skeleton and floor plates evoking thus a ever transforming vertical crystalline object.

The building responds to its surrounding both at the metropolitan and local scale. Its three sided lower floor plates address both its mixed use program and the converging urban forces. A base plinth allows users to immediately interact with the building while bridging between the structure height and the human scale. Acting as a urban catalyst the plinth allows citizens and tenants to meet socialize and enjoy dining, shopping and cultural events.

The complexities of the programmatic requirements are met by highly functional yet ever morphing floor plates. Both for the office and hotel levels the building features a three-sided and two-sided plan organization around a central core. This enables each tenant to organize their spaces with great flexibility while taking advantage of the most natural daylight. As the building rises vertically into a rectangular floor plate, emphasis is given to the opportunity of full floor suites and again maximum access to daylight on all sides.

The building is designed so that maximum use of the floor plates is achieved. Going from a three sided to a two sided t0 a single layout four public spaces organize the distribution of program vertically, allowing for interaction and sharing of these areas by different users.